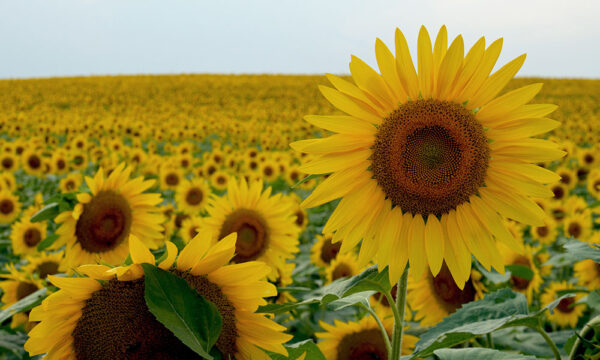 I’m trying to wrap my head around war. I don’t think I get it. I abhor war. It goes against every cell in my body.

The first war I remember was the Vietnam War. I had uncles who fought in WWII and Korea, and a brother-in-law who was in Vietnam.

Though the US had had a consulting role in Vietnam from 1955, the first troops on the ground came in March of 1965 to help defend the air base in Da Nang following a naval conflict in the Gulf of Tonkin which produced the Gulf of Tonkin Resolution. This gave President Johnson broad war making powers. Thereafter, Operation Rolling Thunder dropped two million tons of bombs on North Vietnam and Laos. The war effort required the need for ground troops, and consequently the draft provided hands on fighting men and women.

My friends and I were somewhat anxious about getting drafted. I had a very low number; 474 I think, which meant I would be one of those drafted later should the need occur for continued infantry to bolster the war effort. Fortunately for me, I had decided to go to seminary, and because of that, I was given a 4F classification which meant that I was unfit for military duty. It is interesting to note that half of the students in my first-year class in seminary were there to avoid the draft, this would have been in 1966. As a seminarian I participated in several anti-war rallies and demonstrations.

I have thought long and hard about whether I would go to war or not. At one point I considered becoming a Navy chaplain, a passing thought as it were. I knew people who were conscientious objectors and served in the Peace Corps. I wasn’t sure that I was a conscientious objector. I really don’t know what I would have done had I been drafted. Not sure at the time I could have pulled off conscientious objector status. Maybe go to Canada as many did.

The draft was active from 1942 until April of 1975 when it was dissolved, due to the Viet Nam war ending.

Philosophically, I don’t know how far ‘conscientious objectors’ go concerning their conscience on war. For me it would mean that there are no just reasons for war to exist. History tells us that every war is the result of some kind of religious malefaction, but in my mind, religion does not make a war just — just stupid!

What makes a “just war”? First of all, I think those two words are really incompatible. They don’t belong in the same sentence. Therefore, literally, there is no such thing as a just war. However, culturally and given the dualism of our society, if there is peace, there has to be war so perhaps one could make a case for a just war.

In my mind, there is one war that I would consider a just war. That would be the Revolutionary War that produced our democracy. It is claimed that many of the wealthy pre-Revolutionary War folks were initially more concerned about keeping their wealth and not wanting to mess with the motherland. They were later convinced that war with England was a necessity.

One could make a case that getting rid of Hitler was a just act of a maniac’s war. Vietnam, from my perspective, was not a just war engagement.

Most scholars agree that to be considered just, a war must meet several jus ad bellum requirements. The four most important conditions are: (1) the war must be declared openly by a proper sovereign authority (e.g., the governing authority of the political community in question); (2) the war must have a just cause (e.g., defense of the common good or a response to grave injustice); (3) the warring state must have just intentions (i.e., it must wage the war for justice rather than for self-interest); and (4) the aim of the war must be the establishment of a just peace. Since the end of World War II it has become customary to add three other conditions: (1) there must be a reasonable chance of success; (2) force must be used as a last resort; and (3) the expected benefits of war must outweigh its anticipated costs. A just war can only be fought to redress a wrong suffered.

I’m sure the likes of an autocrat like Putin carefully reads the fine print of war rules and regulations before engaging military — NOT! Any war initiated by an autocrat for the pure reason of annexing another country is nothing more than a personal power grab of ego.

Hence, the Ukraine conflict. There is absolutely no just war intent in what Putin has decided to do in Ukraine. It’s a complete power grab at the expense of Ukrainian lives (Russian lives as well) and a homeland they cherish. It’s a sad commentary on what a just war is not.

If I were Ukrainian, 50 years old, knowing what I know now about life and its journey and even my despise of war, would I don a uniform and pick up a rifle to defend my mother country from a bully? I see no intrinsic value in laying down my gun and becoming a martyr because a Putin bully has no regard for life. Besides, that would be cowardice and serve no purpose for the greater good of Ukraine or the cause of Peace. I’m not sure I like that notion about me as I have always tried to be a peace maker. Yet, my Buddhist inclinations whisper in my other ear: true peace is never achieved by war but by non-violent action. As strongly as I believe that, if I were Ukrainian, I’m not sure I could be non-violent against a bully who knows only violence. I mourn the people of Ukraine and those in similar situations around the globe who must defend their city/country from ego maniacs like a Putin.

The reality for me is that I am not Ukrainian. As a ‘melting pot’ American, I am well off, and outside of the infirmities of my body, freedom is taken for granted and I can go where I need to go, do what I choose to do, and say what I wish to say without repercussion from a repressive autocrat. Therefore, I will honor the people of Ukraine, regardless of how the sanctions on Russia affect our economy and my personal quality of life. I will gladly pay whatever is necessary for the gas, products, and services I need.

In the words of an old Johnny Cash song, “I don’t like it, but I guess things happen this way.”

I can only continue to pray that the mind of Christ will infuse itself with the warmongers, and tomorrow’s sunrise brings peace.