Homosexuality and the Biblical Tradition 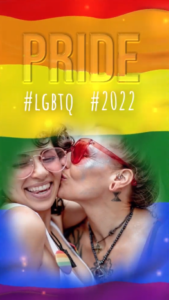 In the 13th century, the Bible was used to defend the Divine Right of Kings against Democracy. But contrary to that belief, the Magna Carta was formed, and Democracy was born. The Divine Right of Kings slowly faded into the cultural woodwork. In the 17th century, Galileo insisted that the earth rotated around the sun in direct opposition to the church’s belief that the sun rotated around the earth. This latter theory, based on the work of Aristotle, was taken as the official church’s stance and was believed to have Biblical foundation. Galileo was told to recant, which he did not, and was therefore banished to life imprisonment.

The Bible is quoted in some less enlightened parts of the world where women are not fit to be priests, bishops or hold leadership positions in finance, medicine, law, or politics. In many cases today, this issue is no longer debatable. Yet there are still faith traditions holding out that God has secured women to a second-rate existence and must never have authority over men.

Homosexuality is a similar kind of battle, or last stand, for Bible thumpers.

One of the primary Bible verses used to condemn homosexuality is Leviticus 18:22: “You shall not lie with a male as with a woman, it is an abomination.” Mind you, this is part of the same Bible that also says, “No one whose testicles are crushed or whose penis is cut off shall be admitted to the assembly of the Lord.” (Deuteronomy. 23:1) Are we to believe that should a man lose his penis because of some significant surgery that he would not be accepted by God? In verses 24 and 25 of this same chapter we are told that we can freely go into our neighbor’s vineyard and/or orchard and eat our fill of the fruit as long as we don’t put any in a container. By today’s standard, that is called trespassing and stealing, yet the Bible says it is okay. What about Deuteronomy 21:18-21? We are told that if we have a stubborn or rebellious son that we can take him to the town elders, and they will stone him to death on the spot! Leviticus 25:44-46 says that it is okay for us to have slaves as long as they are aliens or from another nation and we can pass those slaves on to our children.

The point, of course, is that we don’t believe any of these other things to be applicable for us today. They are time-sensitive laws meant for an ancient culture that presumed such social laws to be morally just for favor with their current understanding of God. I don’t believe that we can self-interpret certain verses to justify our current morality code. We have in the 21st century, in many instances, moved beyond a literal understanding of the Leviticus and Deuteronomic code. Through science and technology and its moral and ethical implications, we have a broader understanding of the Biblical past and what that means for 21st century Christians.

There is, today, a ‘new consciousness’ in our culture that is more inclusive of all people. This consciousness has challenged the very core of Biblical truth and Christian morality. Jesus said he came to fulfill the law, not destroy it. I believe the essence of that fulfillment is the notion of love.  Love is the great equalizer. The law says do it this way, while love says, let me (love) be your guide. Love does not know gender. Love makes no distinction between male and female. Paul implied that there is no distinction for those in Christ, male or female. That, I believe, is the fulfillment Jesus was talking about.

The ‘new consciousness’ on homosexuality asserts that sexual orientation is no more a matter of choice for some individuals than is left-handedness. It’s awakening to one’s own sense of being and identity. To my knowledge, left handedness has never been Biblically admonished, though it has been so culturally.

When I was about six years old my mom took me into town for some group violin lessons. Being left-handed, I immediately put the violin to my right shoulder. The teacher was adamant that if I was going to learn to play the violin, it was going to be done so in the ‘correct and proper manner.’ I had absolutely no rhythmic feeling placing the violin in its ‘correct and proper manner.’ I kept trying to do it left-handed and the teacher would actually hit me on the hands with her bow. Needless to say, I only lasted for two lessons – a budding violin career cut short.

In the past, left-handedness was considered a biological anomaly. But today, science is saying that “…hand preference is heritable, and…hand preference is influenced by genetic, hormonal, developmental and cultural factors.” (National Library of Medicine, Why are some people left-handed? An Evolutionary Perspective, by Llaurens, Raymond and Faurie. Dec 5, 2008.)

7.1% of the world population identify as LGBTQ. Historically there have always been homosexual communities; it has even been documented in the animal kingdom. (wordiq.com.primates)

Unfortunately, homosexuality has been labeled by the religious-right culture, and often by culture in general, as sinful and immoral. The “keepers of church dogma” would like nothing more than to create an amendment to the constitution designating homosexuality as illegal. This would hopefully save their belief in what they perceive to be the sacred institution of marriage between a man and a woman.  If we are going to legislate sexual orientation, then perhaps we need to reconsider left-handedness; albinos; people with brown eyes; and those with ‘innie’ belly buttons. The point is sexual orientation and gender identity are unique biological and cultural (the nature and nurture) events of creation, not a moral or legal one. You can’t legislate that!

Sexual orientation and gender identity have little to do with whether an individual is competent to perform a given job. What does sexual orientation have to do with whether someone is a good doctor, a good lawyer, a good teacher, or even a good minister? Heterosexual or homosexual, one’s value is determined by one’s personal sense of integrity. For me, following the teachings of Jesus provides a moral compass of that integrity. To my knowledge, Jesus never condemned or judged a homosexual. If Jesus taught anything, it was tolerance. Tolerance for ideas and actions we don’t understand. To “love your enemies” doesn’t mean to agree with their actions, but it does mean to respect and treat them as children of God.

If truth be told, one could make a case that Paul, and even Jesus himself, might have been gay. If that were true, would it change the message?

The old argument is that “being gay is not normal.” Can we really designate anything as normal? In nature, in creation, what God has wrought, let no one put asunder. Creation is what it is. To abuse and condemn a person because of sexual orientation or gender identity conflicts with every nuance of Jesus’ teachings.

I like what Bishop John Shelby Spong says in this regard, “The day must surely come when any sexual behavior that violates the dignity of another person, any sexual behavior that is forced, unloving or imposed as an exercise of physical or psychological power is wrong. Any sexual behavior, which violates the sacred vows that one has made to another, is destructive.  …Sexual activity however, that is mutual, faithful, and committed, that does not use another for personal and selfish gratification that enhances life, increases love and calls each partner into a new humanity must and will ultimately be called holy. Whether that life giving expression of sexual behavior is lived out among heterosexual partners or homosexual partners becomes irrelevant.” (A New Christianity for a NewWorld,10/29/03)

The heart of Christianity is exactly that, “the heart!” It is about an experience with the Christ that goes beyond sexual orientation and gender identity, and even left-handedness. Christ sees the heart and knows the heart. He is the only witness to its validity. I would surmise that sexual orientation and gender identity have little to do with that experience.

The call of Jesus, as also with the Biblical story, is always a call to life, a call to love and a call to wholeness. Whether gay or straight, live in that wholeness to which you were called.